HOW TO USE THE NATURAL FRAMING TO IMPROVE PHOTOS 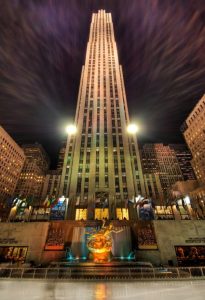 To make more interesting and beautiful photos, there are certain key techniques of composition. One of the widely known is natural framing. But, like all the rules and tips, requires careful and thoughtful application. Using such framing correctly, you can create extremely impressive and elegant images. Here are some tips to get you started.
Natural framing is the use of an element in its image to frame an object. This leads the viewer’s attention and attention to the inside of the photo and emphasizes the object.
The inner frame can be built using many simple details: tree branches, arches, tunnels, door frames, etc., and even with the help of non-solid matters, such as light, shadows, rain, fog, etc. It doesn’t matter what you use.
Framing is a technique that should be used sparingly, but when it is appropriate, it looks very natural. So few people use it wisely, that if you can master this technique, you will become the creator of fantastic pictures.
Why use natural framing?
It easily attracts the viewer to the photo and emphasizes the object.
The object is isolated and separated.
This gives a sense of order and structure of the photo – the eye likes order.
To close the dull sky.
To give depth to the image – especially when the framing element is not in focus.
To bring contrasting elements into the picture, without being distracted from the object.
To create a structure.
To create the feeling of a self-contained whole image, especially if you are photographing something completely ordinary and simple, framing will help give depth to your object.
Traditionally, the frame should be clearly separated from the object, so that it does not embarrass visually. But we will consider exceptions to this rule.
Rules are needed to follow them, arch them and break
As with everything that is considered a technique or a rule, people can argue with all the passion for using them or, on the contrary, being opponents.
“Counseling on the rules of composition before shooting is like advising on the laws of gravity, before you go for a walk.” Edward Weston
You should not delve into any rules to such an extent that all photos eventually look the same. They are just a great springboard for creating a photo or a way to help refresh your creative vision in order to start composition in a different way.
It is very important to think of all techniques and laws as an opportunity to learn how to organize elements in different ways. One of the most difficult skills for people is the ability to visually break the world into elements, and then organize them to create bright compositions.
Natural framing is one of the most
complex techniques. Many photographers use it to make a boring frame more interesting. But it should be remembered that if the object itself is boring, then by and large no technique can revive it. Framing should be used as a complementary element that reinforces the interest, and not as an overlap of the ordinary picture. It should give the impression that this is a natural part of the composition.
You do not need to create a frame around all four sides of the photo to make it work. Most often, a photo looks more natural and pleasing to the eye, in which the framing takes up only two or three sides of the image.
The photo of Anthony Epes above is a fairly clear interpretation of the natural frame. Here are two important details that should be noted on it:
when the frame is out of focus, a sense of depth is created;
the frame can be composed of different elements: two different elements are used in the photo, but they are of the same color and represent interesting figures, i.e. they have some common qualities.
Overlapping dull sky
In the photo above capture the brilliant dome and
the rising sun would not be enough to make the photo interesting, therefore, to partially close the infinite sky, the photographer added a silhouette of bare branches to the frame. The branches of the tree as a natural frame in this case create a beautiful, wild, chaotic pattern over a clean and shiny dome. Leaves below were also added, which fully balanced the photo.
This image is really built on simple contrasting figures. And, using natural framing, you can create a beautifully ordered snapshot.

Posted in analyst of modern art, architectural photography was, brightness, brightness and dynamic, especially if you, organize elements
<a href="http://thisismyurl.com/downloads/easy-random-posts/" title="Easy Random Posts">Easy Random Posts</a>
removed by themselves photographer can learn taking the picture difficult to discern a good shoot an event situation or just keep photographer’s ability future heroes beautiful display composition of the frame amateur photographs crucifix next to a Pepsi His reportage portfolio many pages written oldest genres of photography main requirement for disciplines aimed with natural light others would like no criminal case is complete emotional peak found something at home light is scattered person with a secondary metro station Olympic advance payment different types according maximum hours people create their perfect harmony between own original ideas nature near my home completely different style photographer does author developed a sense beautiful scenery can be passed quite a few images cardboard boxes service of restoring style of fashion transfer the figure's plasticity excellent photo per year divided into individual best photographers

MARTIN IVNING "ADOBE PHOTOSHOP CS5 FOR PHOTOGRAPHERS"I studied and learned photoshop, like most photographers - through separate video tutorials and articles, extracts from forums and books. A huge impetus was given to me by Dan Margulis’s…